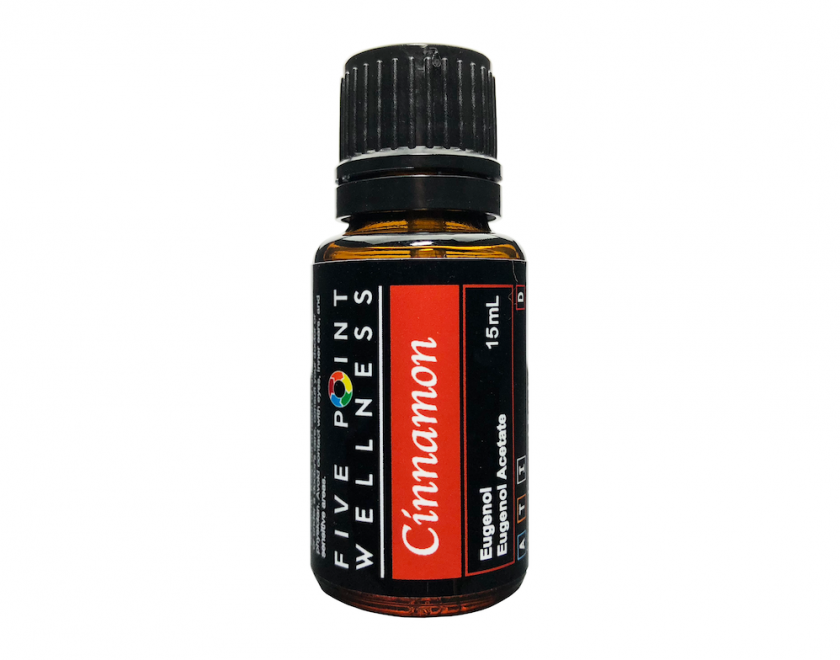 These compounds include cinnamaldehyde, which has been found to reduce inflammation and act as an antimicrobial (a substance that destroys or suppresses the growth of microorganisms, including bacteria and fungi).

Cinnamon essential oil is touted as a natural remedy for health concerns ranging from cough and colds to constipation.

It can also help to fend off heart disease, high cholesterol and neurological health disorders, like Alzheimer’s and Parkinson's disease.

Many of the benefits of cinnamon oil have to do with its ability to dilate blood vessels. Cinnamon bark can help enhance nitric oxide function, which causes increased blood flow and lower levels of inflammation.

Some of the most researched health benefits of cinnamon oil include:

Cinnamon essential oil should not be taken internally without the supervision of a health professional.

Internal use of cinnamon essential oil may have toxic effects.

Cinnamon (particularly Cassia cinnamon) is high in coumarin, a compound that can be toxic to the liver and kidneys if used in excess amounts. (Coumarin can be absorbed through the skin and cause adverse effects even if it isn't ingested.) Coumarin can also have a "blood-thinning" effect.

In addition, some individuals may experience irritation and/or allergic reactions when applying cinnamon essential oil to the skin.

Pregnant women and children should consult their primary health care providers prior to using essential oils.

Nutritional supplements are classified as a food by the US Food and Drug Administration (FDA). Supplements do not require the same rigorous testing, review and approval that drugs are required to go through. Therefore, the statements contained in this document regarding Cinnamon have not been reviewed and approved by the FDA. However, significant research has been done on this product by many universities, public and private business. We at 5-Point Wellness, LLC desire to share information about Cinnamon, in order to educate our clientele to make well informed decisions for themselves.

If you have purchased Cinnamon and have an accout, you can login and rate this product.

Lab testing is coming soon! We appreciate your patience.